For the Love of Ryan Lochte's Abs 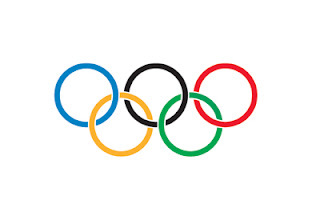 I got nothing. The tank is empty. Just like the athletic participants of the games, the Olympics have left me flat on my backside staring up to the sky trying to muster enough energy just to get up and out of bed.

Normally, here, I would stop to open another window on my computer and Google the name of the CEO of NBC or Director of Programming. My fingers are too numb to go that extra distance. So it's going down like this...

I love the Olympics. I have been an avid Olympic watcher since Dorothy Hamill won her gold in 1976.   As child, I sat in front of our family television and dreamt of the day I would receive my gold medal. The Olympic Games served as inspiration for my young aspirations.

So I ask, why are you trying to kill us with your scheduling of the events? Must you start so late, programing the day's highlight just short of midnight? You're scheduling is killing me and it's not for lack of preparations.

I have carefully prepared for these games. In an effort to view the games, rather than discontinue my caffeine intake at lunch, I continue throughout the day. After dinner, I snack on sugar-laden Red Vines hoping the sugar surge will take me to the midnight finish line.

If medals were awarded each night in Olympic Viewing, I would have to be awarded the tin medal. Why? Because I have yet to make it to the finish line.

Here is my Olympic schedule:

Most nights, as luck would have it, I will find myself awaking at 11:55 just in time see the winner of the night's most touted event listen to their national anthem. Great.

I then doze back to sleep during the news in an effort to refill my gas tanks.

After ten days of such viewing nonsense, your scheduling of the Games have defeated me.

For the love of Ryan Lochte's abs, please begin evening programing at 6:30pm.

Come hang out at Yeah Write.
Be read and read others. It's a cool place.