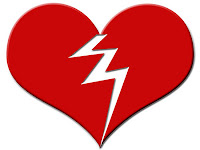 Doc H and I found some time to have a conversation yesterday. Unfortunately, it was not a pleasant conversation.

My aunt called him asking if he was familiar with a particular surgeon who would be working on her.

The Good News: She finished her surgery residency at a renown East coast school*. In fact, the program is so difficult, this surgeon boasted being the first woman to finish the program.

"Yeah, when I was going to school that program was known for their schedule: 40 hours on, 8 hours off... for six years."

He continued, "In fact, they were very proud of their 100% divorce rate among married residents."

* For bragging rights, can anyone name that school??